The paddling pool at Lakeside Park. The park won an Award of Excellence at the 2013 Mississauga Urban Design Awards. (Photo: City of Mississauga)

As Mississauga prepares to once again find the best architecture and design the city has to offer, officials take a look at past Urban Design Award winners who have helped shape Mississauga’s waterfront communities.

The call for entries for the 2023 Mississauga Urban Design Awards, themed “The Next Big Thing,” will open in November. More details will be revealed in the coming weeks.

Once all entries are received, a jury of members of the design community and a Mississauga city councilor will select the winners next fall.

Mississauga Awards Event Has Begun in 1981 and is the oldest awards program of its kind in Ontario.

Held every two years, the The Urban Design Awards are intended to inspire and celebrate design leaders who are helping to improve residents’ quality of life by shaping Mississauga’s diverse urban landscape, according to Mississauga city officials.

“The awards are a great opportunity to recognize designers, architects, developers and builders who have played a vital role in our efforts to build a world-class city. These private and public spaces beautify our city and provide much-needed green spaces, public art and facilities for businesses and residents,” Mayor Bonnie Crombie said last year at the 2021 Urban Design Awards. .

“Whether the submissions win an award or not, each project contributes to the development of our community and helps bring us to where Mississauga is today,” city officials say.

While awaiting entries for 2023, Mississauga officials reflect on “a few unique winners who have focused on community development in the Lakeshore area.” 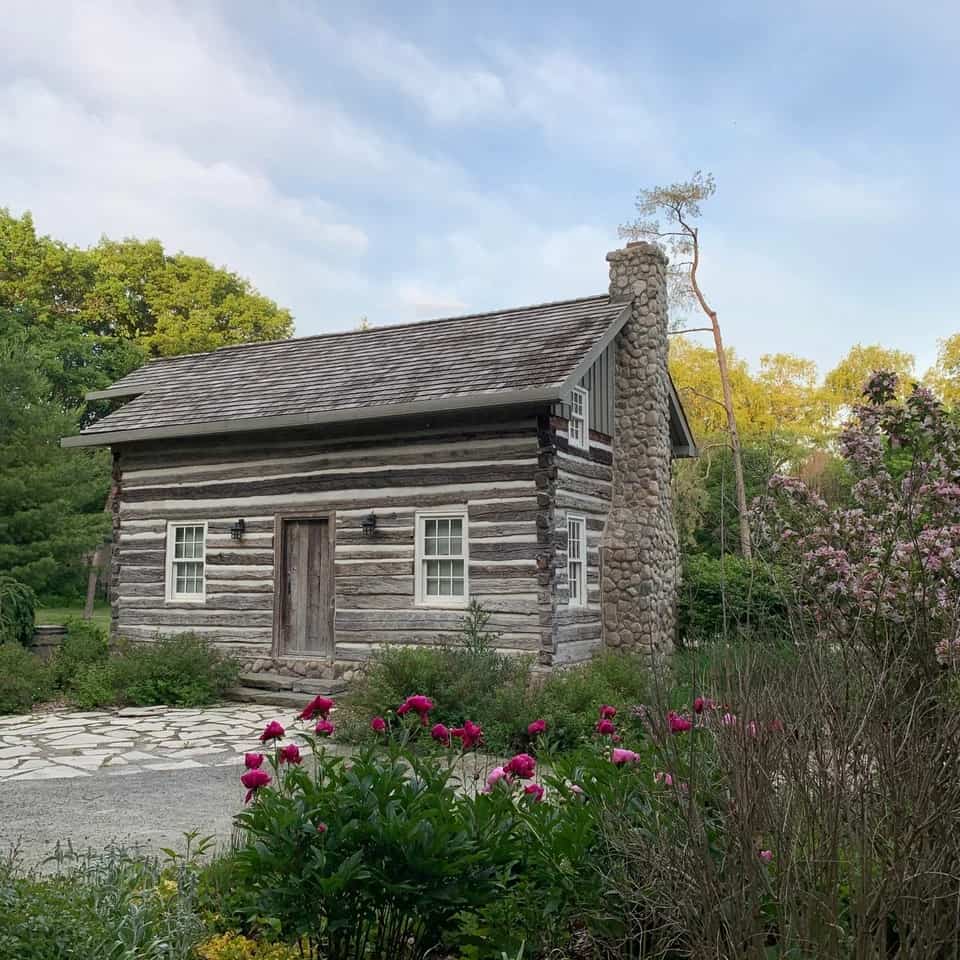 The Bradley Museum Log Cabin was rebuilt in 2007, but the components of its structure date back long before that. The cabin, originally built in the mid-19th century, was moved to Port Credit in 1967 as part of the local Rover crew centenary project.

It was used by the Rovers and 4th Port Credit Scouts for many years, but then fell into disrepair. In 2002, the Friends of Mississauga Museums Log Cabin Task Force saved the building from demolition as they completed the fundraising and planning that moved the cabin to the Bradley Museum site. .

The Log Cabin opened to the public at this location in December 2007 and in 2008 received an award of excellence from the Urban Design Awards.

The Bradley Museum is located at 1620 Orr Rd. The Straw Bale House, located at 977 Meadow Wood Rd., is as unique as it is interesting, according to Mississauga officials.

This structure received an Award of Merit in 2007.

“As you may have guessed from its name, straw was used in its construction. With concrete and timber foundations, the first floor walls are made of straw covered in stucco – the straw selected for its low toxicity and high insulating properties,” officials note. “The house embodies a sense of community, as it was designed for cohabitation with three suites and a common gathering area, and it was built with the help from community volunteers.

In receiving the Merit Award, the ball house was recognized for its innovation, creativity and environmental stewardship. 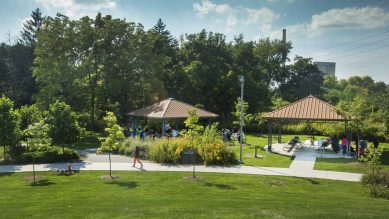 Park by the lake

Lakeside Park, meanwhile, won an Award of Excellence in 2013, largely for its user-friendly layout.

“Nothing says community like public outdoor spaces, and the lake view is an added bonus,” officials said. “Lakeside Park gives Mississaugans a place to enjoy the outdoors year-round. With picnic areas, a playground, a spray area, and an off-leash dog park, this park offers a great way to celebrate nature and connect with our neighbors.

In choosing Lakeside Park as the winner, jurors praised the park’s layout, noting that the design draws visitors to the center of the park’s space while enjoying beautiful vistas and vantage points.