Ship Lofts aims to be a “world class living community”. This image by David Grieshaber was made before Olson Kundig was appointed as lead architect.

Olson Kundig has been announced as the lead architect for a single-use, mixed-use luxury multi-family residential project in Tacoma.

The planned project, called “Ship Lofts,” gets its name from both its location on the historic Tacoma waterfront docks and its current design, which is said to resemble an abstract ship.

The project has ambitious goals. Initial plans for Ship Lofts are for a building that will rise five stories and 85 feet across from the Thea Foss Waterway on one of the last remaining private lots on Tacoma’s waterfront. The 1.29 acre elongated project site is currently a parking lot. It was previously home to Colonial Fruit & Produce and Pacific Fruit and Produce for over a hundred years. Current designs show an approximately 100,000 square foot building with 30 one- and two-bedroom luxury units on floors one through five and 1,710 square feet of retail space in converted freight containers at the site . The plans also provide for parking spaces for 28 cars, 40 bicycles and four berths for residents. The project is also designed to be environmentally friendly and is expected to be constructed using CLT solid wood and recycled materials. It also targets the Living Building Challenge (LBC) and Salmon Safe certification objectives. If achieved, Ship Lofts would be the largest LBC residential building and the first LBC and Salmon Safe building in Tacoma.

Ship Lofts, and the current design of the project, is the brainchild of the entrepreneur, inventor and now developer and CEO of Ship Lofts, David Grieshaber. Grieshaber has designed single-family homes before, but Ship Lofts is his first foray into multi-family development. Grieshaber has been working on the project for three years and after finding the development site he has diligently put together what he calls an “A team” to see his vision for Ship Lofts come true. Olson Kundig, the first member of this team to be announced, will now take over and produce the actual design for the project. Olson Kundig will provide design, architectural, interior design and landscape services.

“It will be a destination building,” Grieshaber said. “In my original design, I wanted to pay homage to the maritime and post-industrial history of the area and also create something unique and different from the ultra-dense, cookie-cutter multi-family housing units typical of Tacoma. . I want to create a building in which I would be proud to live myself, ”he continued.

European buildings were a great inspiration for Grieshaber, who argues that they are often more creative, inventive and architectural than buildings in the United States. “In the United States, you can get the impression that everything is just built and designed to maximize the number of units and the profits,” he explained. 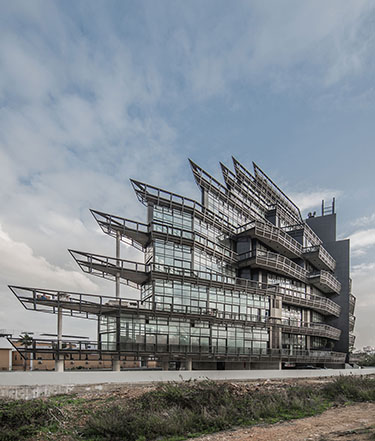 Factory Lofts in Beirut, Lebanon, designed and developed by Bernard Khoury, was a great inspiration for the initial concept of the project.

Ship Lofts intends to be the opposite and, according to the project’s website, should be considered “an iconic building-sized art installation.” The project website describes Grieshaber’s vision as a mix between a freighter, a cruise liner and a mega yacht with a hard glass exterior and black frame and exposed solid wood interior “soft and gooey”.

“We are thrilled to be a part of this project,” said Kirsten Ring Murray, Director and Owner of Olson Kundig. Ring Murray also said she expects the project to evolve and final designs will likely deviate from current renderings, but the project will remain influenced by David’s vision, rich maritime and industrial history and the formal context of the project site.

“There is no other site like this in our region. There is so much room for storytelling and creative possibilities on this site and with this project, ”added Ring Murray.

Grieshaber also explained why he thinks Tacoma is the perfect site for the project. “With Bellevue starting to hit its peak in terms of development and with more and more people working from home, I think Tacoma is the primary market for the next tech diaspora. There are currently over 43,000 units in the works for Tacoma, but none focused solely on luxury units.

This is where Ship Lofts hopes to enter (the City of Tacoma estimates that 3-5% of units in the city must be in the luxury market). Olson Kundig has also worked at Tacoma for a long time. Previous projects include the Tacoma Art Museum and the Foss Waterway Seaport Maritime Museum which is located near the Ship Lofts site. This is another reason why the company was attracted to the project.

Grieshaber currently has an agreement to purchase the project site and plans to close and finalize the sale by April 2022, when final funds have been raised. The asking price for the land was $ 3.5 million. Grieshaber will announce other members of the project team, including the general contractor, in the coming weeks. Construction is expected to begin in 2025. For more information, visit https://shiplofts.com/.