The pandemic has changed the way we work, travel and interact – and cities must change too to avoid becoming ghost towns. Dr David Cleevely, chair of the Cambridge Ahead NECE project, discusses new research that examines how the city can experiment with new principles of urban design and transport

Two years of the pandemic has accelerated changes that would have otherwise taken 20 years or more, including urban design principles. The New Era for Cambridge Economics (NECE) research focused on Cambridge, but its findings apply broadly.

Our report highlights changes in the way we work, travel and interact and reveals that expectations have changed about the environment in which we live. There are important implications for how we plan for urban environments and the systems that support them.

The most immediate and obvious change is the shift to hybrid working. Evidence increasingly tells us that knowledge-intensive workers in particular who can work flexibly could spend two to three days away from the workplace each week. Our survey of business leaders at the end of 2021 suggested that these workers spent an average of 4.7 days a week in the office before the pandemic, which fell to 2.5 days. The expectation for the future, from managers, is that this will stabilize at around three days a week in the office.

In Greater Cambridge, knowledge-intensive workers make up nearly half of the workforce, making the city region an obvious place to start understanding the impact of this change.

Where will people choose to live, work and enjoy their leisure time?

We will see fewer mass tidal movements during the morning and evening peak hours, especially every weekend. This is good news for the transit economy in the long run. But right now things are looking bad.

Car use has skyrocketed and public transport is lagging behind. We need to look beyond the next 5-10 years to mass transit systems with smaller vehicles that behave more like taxis on their own and trains when together. Bicycles, especially e-bikes, will play a much bigger role.

The 15-minute city concept is increasingly attractive to growing and congested cities. Cambridge has already developed significant new centers in the North West, North East and South. As in Paris, which opens the way to the application of the concept, we must allow people to live, work and play in these centers without having to make frequent long journeys. Trips may then not all enter and leave the city center as was the case before, and trips within the city would be less dependent on reaching the historic center.

It is a question of rethinking the joint evolution of transport and the urban environment. We advocate that our city take bold steps through progressive pricing to reduce private car use so that funding and road space can be prioritized for public and active travel. Autonomous public transport and emerging forms of micro-mobility such as e-scooters and e-bikes, for individuals and for goods, will be part of this new model of public transport.

New principles of urban design must be taken into account

As a result, urban designers, developers and employers will have to work harder to create spaces that bring knowledge workers together whether an individual is free to choose whether or not to come to the office. Maybe we should stop thinking of offices as spaces where things get done but as places where people come to connect and interact. The resulting sparks of innovation are vital to any long-term knowledge economy.

Our company survey showed that while remote work has led to greater interactions within a team, interactions within organisations, between companies and across industries are all down. In Cambridge, there is a risk that as the city grows, the science parks and campuses that serve that growth will do so in a way that excludes social interaction and therefore the spark of the innovation is dying out. It’s too important to be left to chance and serendipity. Spaces should be designed to be open, porous and inclusive so that local communities feel welcome and part of the city’s booming economy. Mixed-use developments will play a role in this, with Innovation Districts bringing together commercial, residential and public spaces.

No more homogeneity in major developments. Addressing these trends alongside the scarcity of space in many cities will mean maximizing our use of high quality, high density development and there are a growing number of examples in cities around the world where it was done. In the UK, the development of King’s Cross is one of the main examples.

How does all of this fit together in a city where many different public and private sector institutions play an active role in development?

We believe the new era should be defined by city leaders focusing on a new set of urban design principles to guide us in defining success. The wealth economics framework developed by the Bennett Institute argues that it is counterproductive to focus exclusively on economic value per se; if a place prioritizes maintaining its “stock” of six capitals in good condition, then economic value will be generated as a result.

These six capitals are natural, social, human, knowledge, institutional and physical. This approach leads to diversity rather than homogeneity and human-sized environments. Cities can take this incremental approach to measure growth in a more sustainable and inclusive way, and there are shining examples of large corporations doing so.

Cambridge is a city known around the world for its experimentation. We need to embrace this spirit of experimentation city-wide. What we want to see next is for the government to look to cities like Cambridge to be a test bed for new transport systems, new principles of urban design, new measures of success – and for exciting and dynamic examples of this are passed on to the world as we do. then. 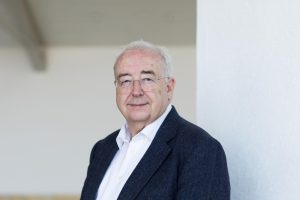