Returning a former naval base to the public after being approached by the Harbor Trust, Lahznimmo Architects and ASPECT Studios adaptively reused a number of elements and subtly altered the HMAS Platypus site to increase accessibility and amenity.

The site was once a gasworks and previously a naval base. It was closed for over 150 years until the Harbor Trust decided to revitalize the space with Lahznimmo and ASPECT taking into account physical, environmental, heritage, cultural and aesthetic constraints. 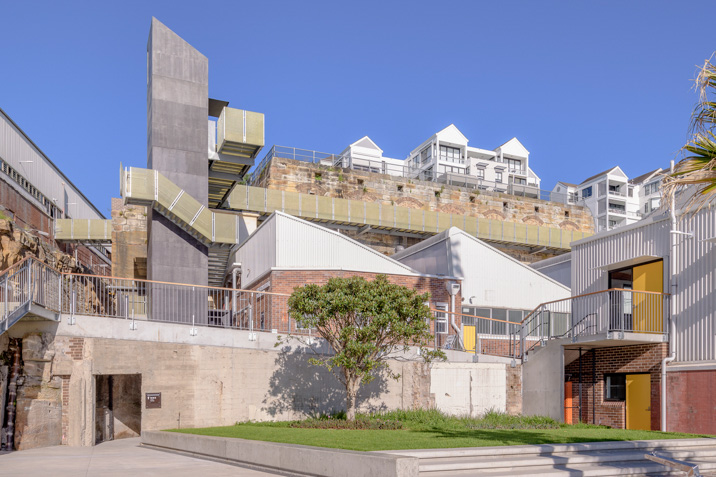 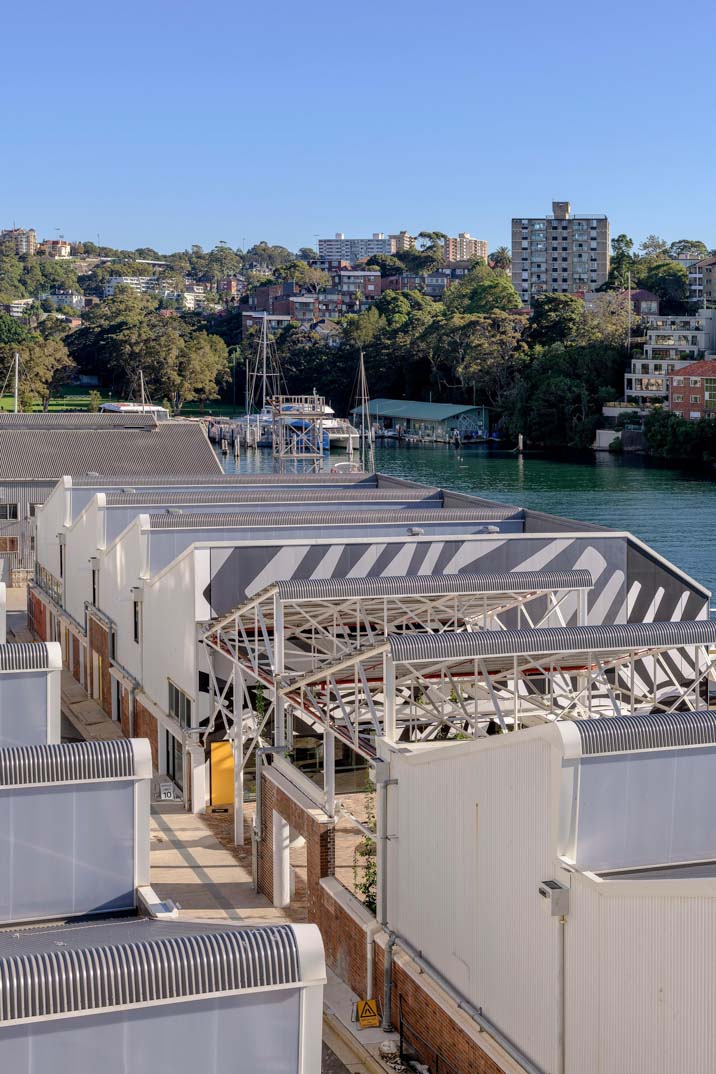 The brief provided to the practices called for the site to be opened to public access through the creation of a public waterfront promenade and park, improving the connection between the site and retaining the history of the space keeping as many elements as possible. 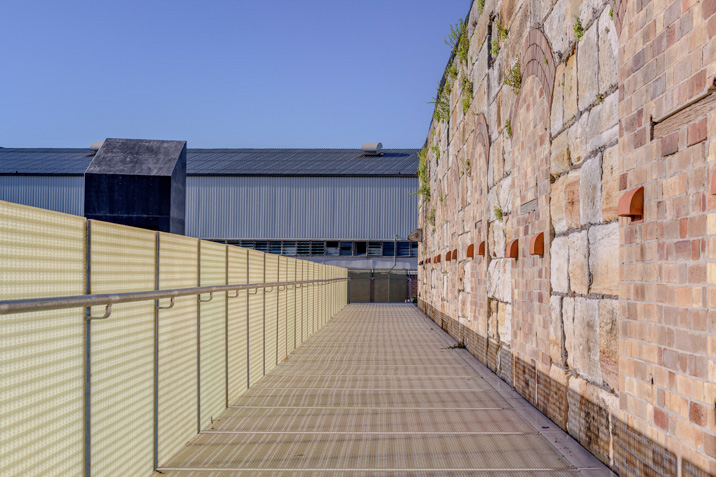 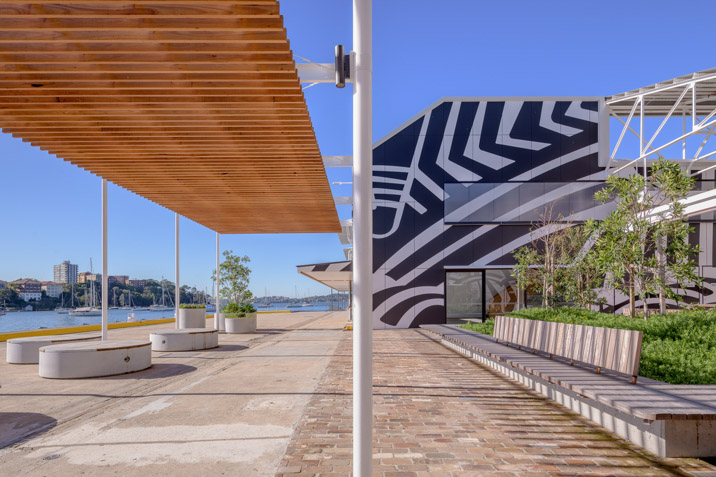 The embodied energy of the existing buildings was retained, with lightweight walls used to divide the buildings for different tenancies which did not disturb the floor plates. The environmental performance of the building structure has been improved through the inclusion of insulation and passive ventilation through cross ventilation and large ceiling fans. 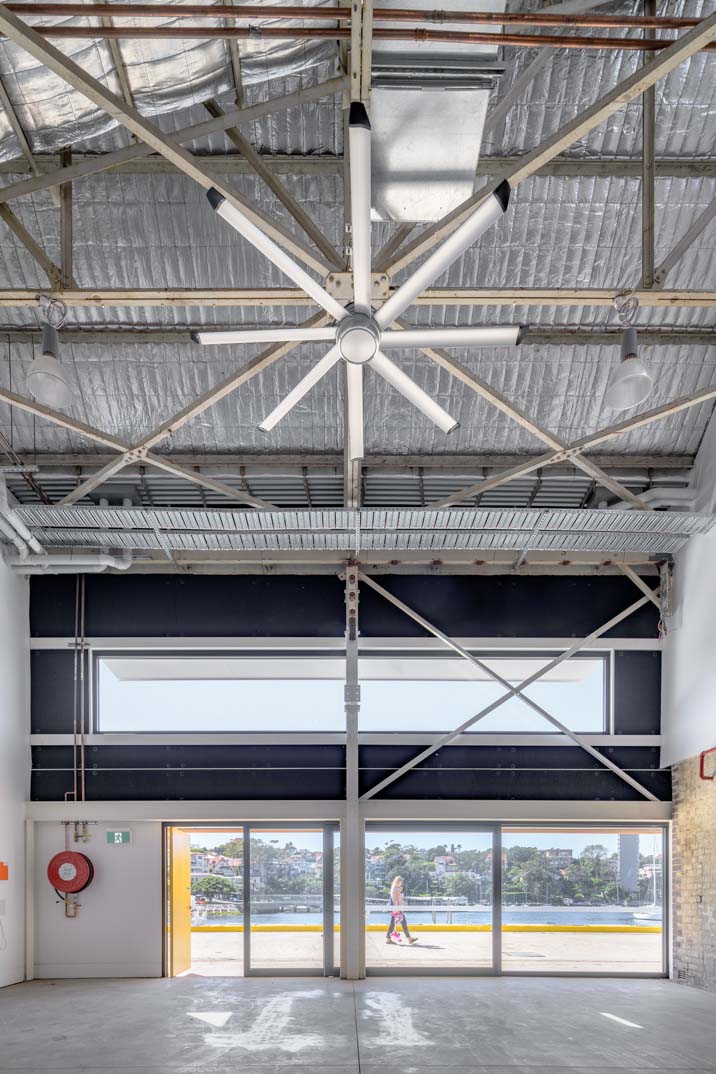 Accessibility has been improved with new links at opposite ends of the site in the form of a pedestrian bridge over the water as well as new public stairways climbing the cliff. Minor interventions improve accessibility and orientation and draw inspiration from the structural materiality of industrial buildings. 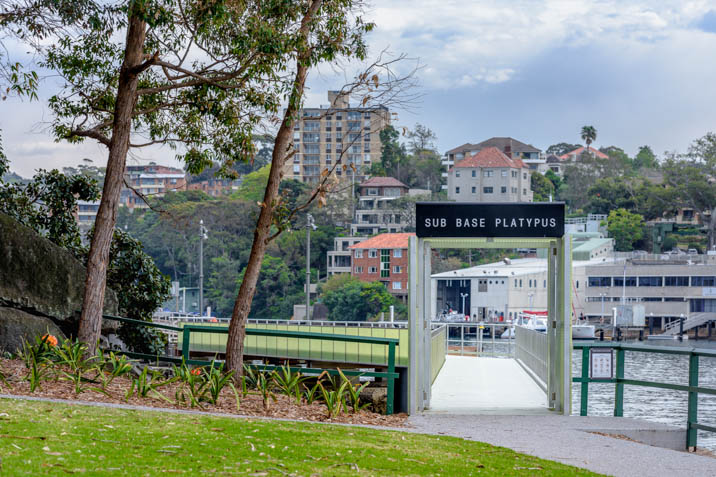 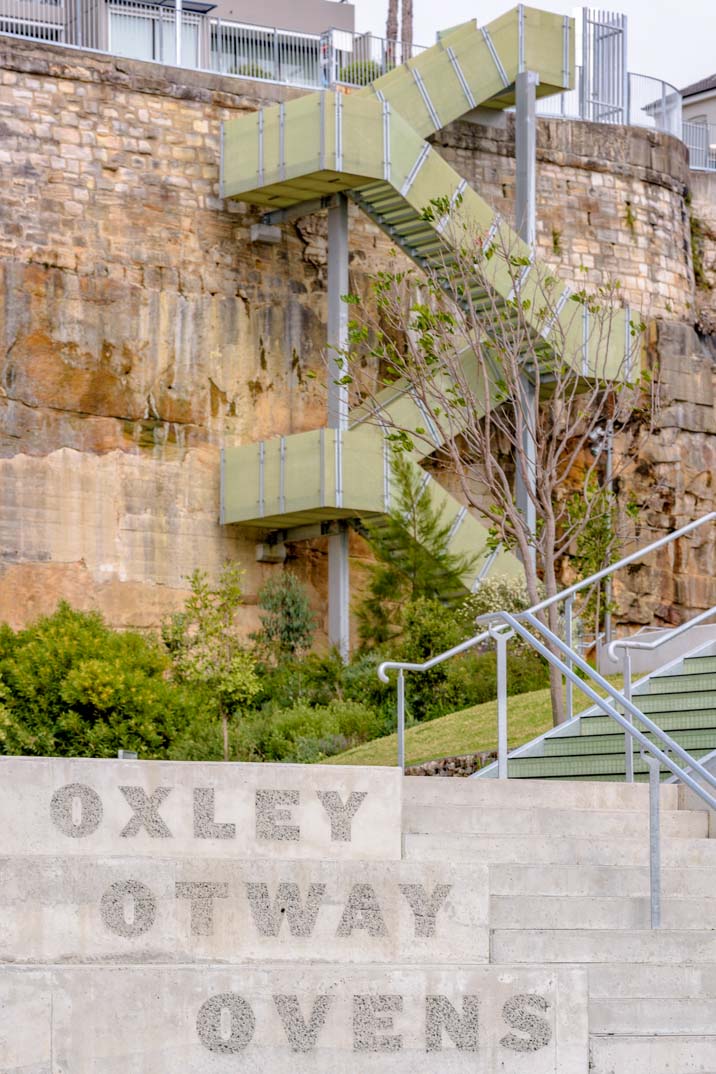 The new spaces in the public domain improve orientation and permeability across the width of the site, while providing spaces for relaxation. Some of the constructed fabric has been carefully removed to make way for Gateway Plaza, Arrival Plaza, and Razzle Dazzle Court. 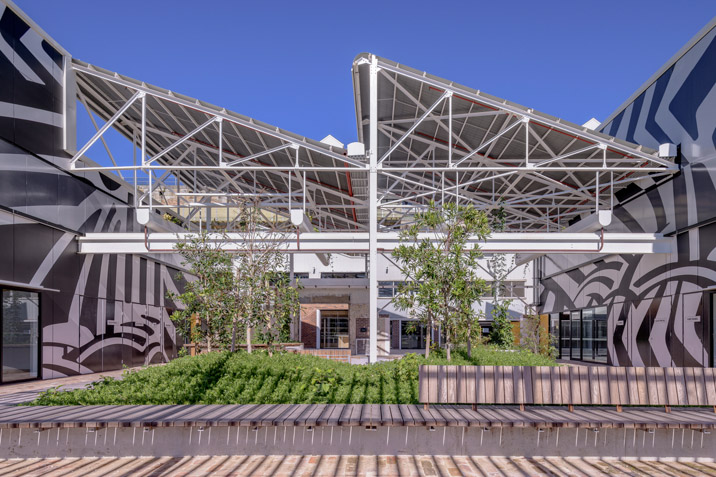 The renewal of the HMAS Platypus Naval Base provides much-needed commercial and public space in an area experiencing strong commercial growth. The work carried out by Lahznimmo Architects and ASPECT Studios maintains the initial character of the site, without neglecting an obvious need for functionality.