The start of the H22 City Expo is approaching and the host city of Helsingborg is already eager to show off some of its creative ideas in the field of urban design and architecture. The month-long event features a rich program of exhibitions, seminars and guided tours, but organizers aren’t relying on words alone to impress visitors.

We have decided to show you some of the architectural installations that have taken shape in recent months and which give a tangible dimension to the world of ideas. There’s a bit of everything, from smart design to durable material choices.

Discover the construction technology of tomorrow

Oceanhamnen – A circular neighborhood in the making: The climate-smart infrastructure of the future is created and tested on a large scale in Helsingborg. Circular thinking is strongly present at Oceanhamnen with RecoLab, Helsingborg’s hypermodern “recovery lab”, which recycles resources from sewage and source-separated food waste at Oceanhamnen properties. A guided tour takes you from residential properties in the neighborhood straight into RecoLab’s unique circular development facility where separated waste is processed and recycled.

RecoLab was designed as the cornerstone of a circular neighborhood. Source: H22 City Expo

Instead of a compact tower, the Wingårdh team opens it up by having the outer structure create space inside, surrounded by a wide raised ring ninety meters in diameter . During H22 City Expo, twenty-four different sound channels will play the music of water from the spotlight-lit pillars, composed by Åke Parmerud and performed by the Helsingborg Symphony Orchestra. 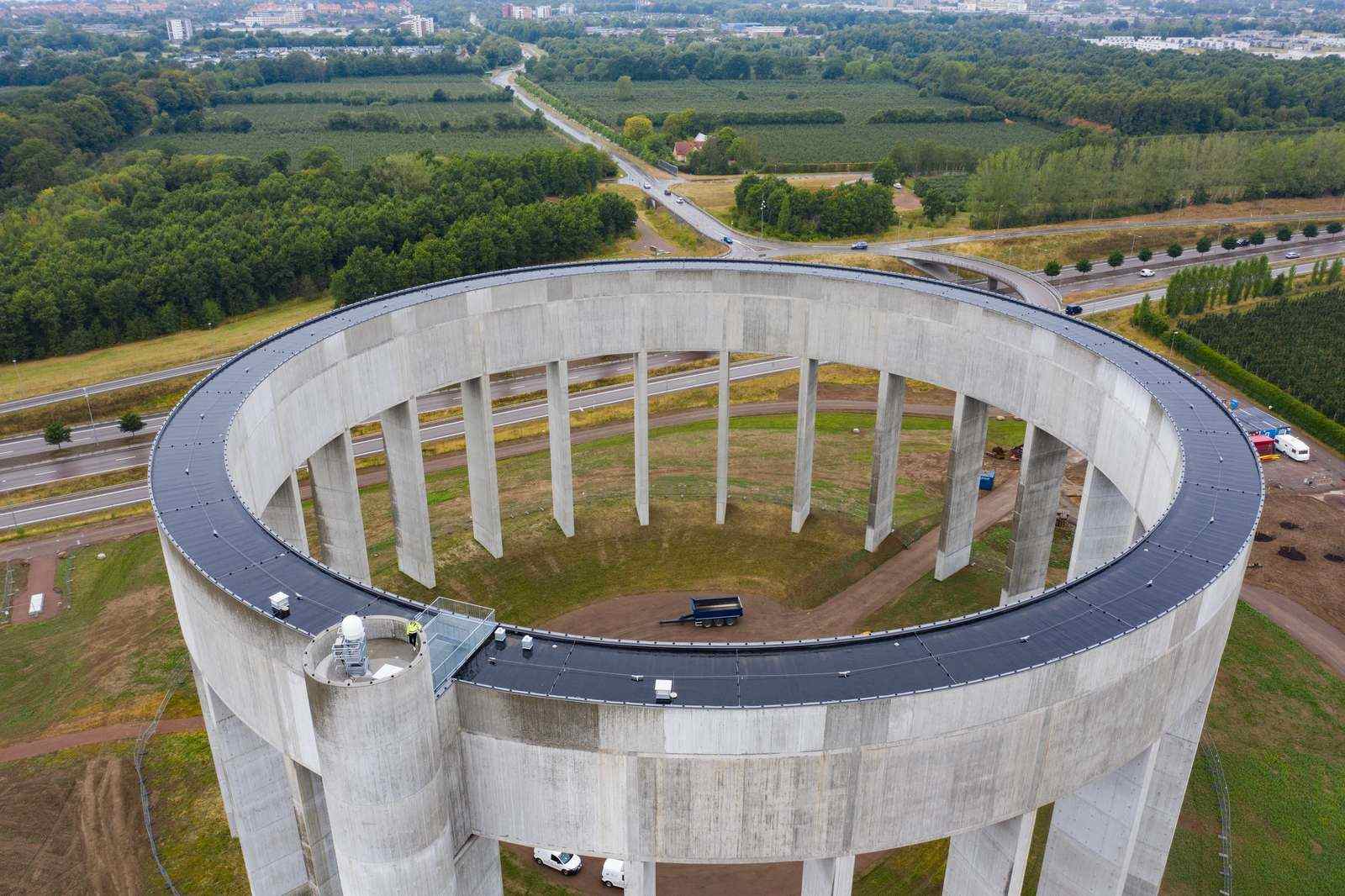 Skogen – An architectural experience in nature: Ikea invited young creative minds from around the world to show how they live and inhabit nature and how they have reconnected with nature in new ways.

Four leading universities of architecture and design from around the world, ECAL – Switzerland, MIT – Boston, the Royal Danish Academy in Copenhagen and the Ingvar Kamprad Design Center at Lund University, explore these questions in a experimental space called ‘Skogen’ (Swedish for ‘forest’), in Oceanhamnen The three finalists of a global design competition will also see their affordable and sustainable natural homes come to life in Skogen.

Everyone wants an equal city, yet we continue to build cities like we always have. There is a gap between how we want to work with urban planning and how we actually work. In order to create a safe urban environment in which everyone feels seen, heard and welcomed, it is necessary to work actively with equality in public space.

Helsingborg’s response to this is the proposal People’s Walk – An Alley of Equality, where visitors can participate in the design of a safe urban walkway in Ocenhamnen. For example, many people who live in this district are 67 or older. Many people of this age use the city less in the evening. Particular attention is therefore paid to their points of view during the development of this project.

From May 30 to July 3, 2022the city of Helsingborg invites the world to H22 City Expo – a 35-day international event to showcase, test and co-create smart solutions that improve life in the city.