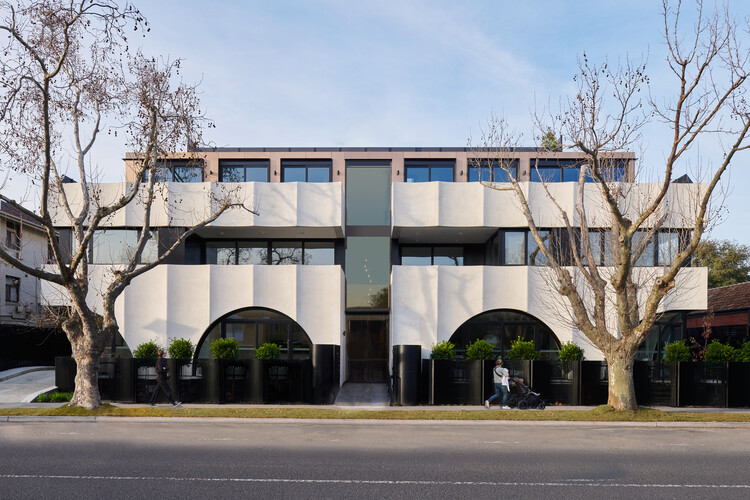 Text description provided by the architects. Ensemble Apartments departs from the conventional stacked apartment design response. The horizontal mass of the building is divided by a vertical glass void which simultaneously creates a strong and identifiable sense of address, but also creates relief and a break in the constructed form.

The vertical glazed entrance consists of a two-storey void on arrival in the building which is experimentally a counterpoint to the horizontal reading of the building. In addition, the bronze glass visually contrasts with the materiality of the all-fluted concrete to further create an identifiable visual connection with the entrance to the building.

Color, geometry and texture at lower levels create a podium for the mass of the building that engages with a sympathetic human scale to avoid visual clutter. This intervention is further reinforced by the change of material, color and geometry to clearly create the relief and contrast of the highest level.